Castle Vale Community Awards – a big success all round 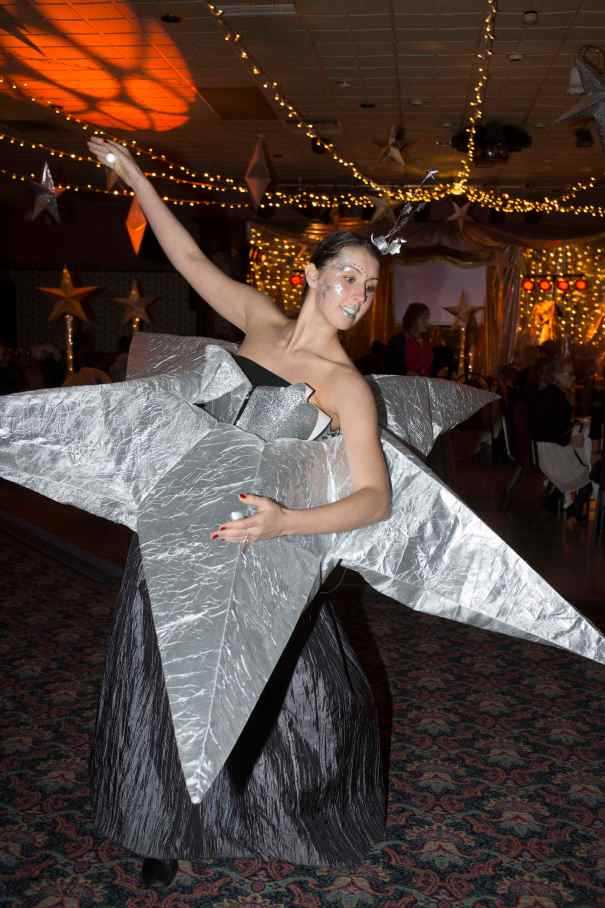 A starry night at the Castle Vale Community Awards 2013

We wanted to bring something a liitle different to the Castle Vale Community Awards in 2013 and create something that would not only be a special occasion but that sparkled with awards ceremony all over.  And we think that is what we achieved from the feedback given and as you’ll be able to see from the photos.

It took just over a day for Vortex Creates to transform the Residents Club into our brilliant backdrop with some of the magic starting in the corridor leading you into the room with lights and materials drapped everywhere you looked.  We had lots of ‘wow’, ‘ooh’ and ‘I don’t remember the Residents Club looking like this before’.

We started the evening off with brilliant performances from baritone Owen Webb accompanied by James Keefe who have been part of a team working with The Ridings Care Home as part of a new opera project by Welsh National Opera.  As well as performing the beutiful classic One Enchanted Evening they also performed one of the pieces from the new opera ‘I Had an Angel’ (look out for a future blog post on the full premiere).

Our master of ceremony Chris Thomas then took us through all the awards presented with help from our funders and supporters.  A short film on each of the three nominees in each category gave us an inside look into the reasons why they were up for the award made by local company Trash.  Seeing some of the achievements of our nominees on film and hearing lots of people speak about them passionatly raised goose bumps and set some tears going.

And the winners were….

In the categories voted by the public from a shortlist were:

Awarded in 2 special categories were:

And for the open award nominated and decided for by the public, the Unsung Hero – Tracey Barrington

We finished the formal part of the evening with some more fantastic music this time from the first Castle Vale’s Got Talent winner Justin Averill who gave us a brilliant perofrmance including some of his own composed music.

The celebration didn’t stop there – everyone continued with food, drink and more photos.  There was a great buzz in the air everyone chatted and enjoyed the evening and it was with sadness that we had to then pack away at the end of the night.

How to describe the evening – pride in Castle Vale, a genuine celebration of all the hard work and achievements of those in the room, everyone made to feel valued at a special occasion for them.

A big thank you to those who helped make the night a huge success.

For those who presented the awards

Our funders and sponsors:

Those who gave in kind support for the night

If you’d like to see the full set of photos visit our Facebook page.  You’re free to dowload the images for personal use and if you’d like them emailed to you just get in touch with us.  We can also arrange for them to be printed or put on disc at a small price to cover the costs.

Get in touch if you’d liek to be involved in planning next year.  And remember to start thinking of those who should be recognised in next years awards.

This site uses Akismet to reduce spam. Learn how your comment data is processed.